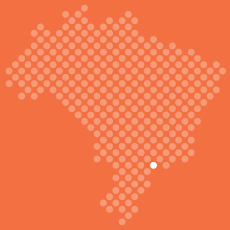 Civil Society organization actions are fundamental in Brazil. Despite the great ability and knowledge of causes and of places in which they act, the segment has challenges to overcome, related to structure and management, which interfere in their capacity of generating long-term impacts and also in their access to resources. Stemming from this need, Charities Aid Foundation (CAF), IDIS and the U.S Consulate-General in São Paulo gathered to create the Program for Strengthening Civil Society Organizations. Through on-site training, as well as a series of online training, the program, which was implemented in June 2018, had as goals the development of three abilities in small and medium-sized nonprofit organizations that act in the metropolitan region of São Paulo. These abilities were: (1) strategic planning; (2) fundraising (for mobilizing both local and American resources) and (3) forming and participating in intersectoral networks.

A year after the conclusion of the program, eighteen out of the twenty participants were willing to answer a survey to identify how the organizations evolved in regards to the items that were approached in the course. Among the interviewed, when questioned on strategic planning, 72% indicated that the topic became more relevant in their organizations. The same percentage indicated that in the last year, there was a revision of the portfolio of programs and projects, carried out through formal analysis methodologies. With regards to partnerships, only one organization said they hadn’t made contacts in the last year. The perception on fundraising was also positive – 13 organizations said the amount of resources from third parties increased in the last year, coming from local investors mainly. The access to foreign resources proved to be the greatest challenge, with 56% of interviewees indicating that they had not made contact with any investors outside of Brazil.