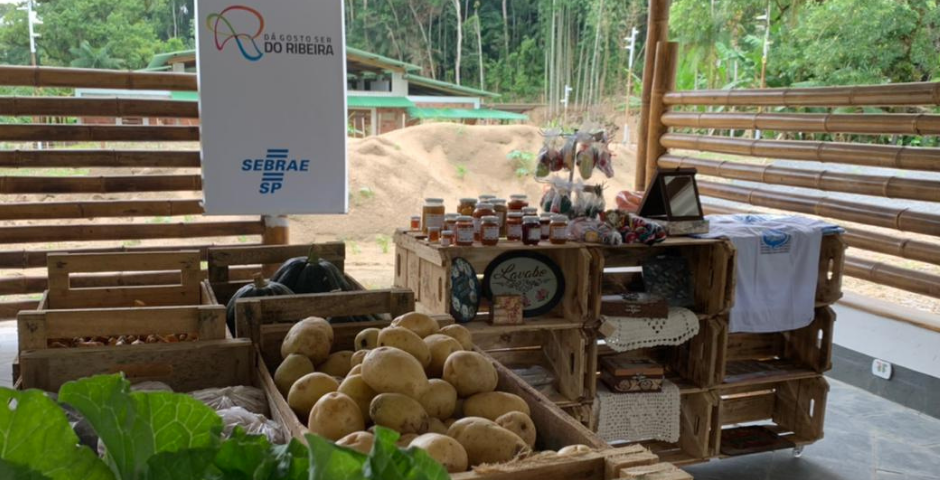 Productive Inclusion Network Workshop, carried out in partnership with Sebrae São Paulo in the Vale do Ribeira region

Brazil is one of the countries with the most inequality in the world and the pandemic has been accentuating such scenario. In the first months of the pandemic, Brazilian Institute of Geography and Statistics – IBGE reported a growth of 27.6% in unemployment. The country’s GDP ended the year of 2020 down 4.1% and the tendency is of escalation of the economic crisis.

In this scenario, the investment in mechanisms of productive inclusion appear as an important path to reduce inequality. The challenges lie in training people in vulnerable situations, motivating entrepreneurship – both urban and rural – and facilitating access to the market. They also contemplate a more active role from the Government, in the sense of offering professional qualification courses, intermediating the relationship between employees and employers, in addition to promoting production, the offer of inputs and technical overseeing. Civil society organizations appear as an essential link between these acting parties, with a clear view on the territory, specialization and acting. Historically, we see that philanthropy has a fundamental role in facing crisis, and in this project we propose a way of contributing to this cause.

The Productive Inclusion Networks program has as its goal the strengthening of OSCs that develop projects that tend to people in vulnerable positions socially, promoting entrepreneurship and income generation. Through capacity building of networks and the development of good practices and innovation related to productive inclusion, we increase access to knowledge, resource and partners. Each of the networks is supported for 10 months.

The first experience started to be implemented in 2020, with the support of Sebrae São Paulo. The project started with and extensive mapping of organizations that acted directly or indirectly with Productive Inclusion in four macro regions in the state of São Paulo: Bauru, Vale do Ribeira, Pontal do Paranapanema and Alta Paulista. The Government contributed in this phase of the project, as did popular movements, academic movements and Sebrae local offices, to identify the most relevant contributions. The other phases included field visits, workshops for the mapping of strategies that answer to the local network challenges, the overseeing and support for the execution of the plans, and, finally, new workshops with the presence of local strategic acting parties that could share results and invite people to be a part of their established networks.

Companies and organizations can get involved by developing a program of their own and implementing a network of up to 25 organizations in a territory of interest. It is also possible to become a partner in the Sebrae SP program, contributing to the strengthening of networks that have already been established or to the increase in other macro regions. You can also support through actions like non-financial partnerships, access to markets and employment or volunteer programs.