The Role of Family Philanthropy for Sustainable Development in Brazil

In recent years, the world has witnessed an important socioeconomic movement. Developing countries – such as Brazil, China, and India – recorded strong growth, which led to wealth generation, and an increase in the middle class and the number of millionaires. According to the Charities Aid Foundation’s report on The Potential of Global Philanthropy , middle-class spending 76 across the globe is expected to reach US$200 trillion by 2030, double the amount spent in 2015. This movement has the power to transform our society. As the report points out, if 0.5% of these expenditures were directed to civil society organizations, we would have the impressive number of R$1 trillion at the disposal of socioenvironmental causes. Imagine if part of these resources were targeted at organizations committed to the Sustainable Development Goals (SDGs). The participation of philanthropy is critical for the sustainable development of nations. As 77 Eduardo Giannetti has stated on the importance 78 of private social investment: “There are many relevant, socially demanded things that neither the market nor the state in a democratic environment can actually meet. In addition, philanthropy and private social investment are on the demand side because there are things to be done.” Jane Wales has 79 c o m m e n t e d o n t h e e m e r g e n c e o f n e w philanthropists, driven by rapid economic growth in developing countries. For her, the new philanthropists have “a view that the benefts of this new economy must be shared in a broad way – social development, economic development, and growth should not only be rapid but also inclusive”. 80 Brazil has followed the worldwide trend of wealth growth but has not yet reached its philanthropic potential. According to the Brazilian Donation Survey , 46% of Brazilians (over 18 years 81 old, living in urban areas and with a family income above the minimum wage) donated to civil society organizations in the year 2015 R$13.7 Billion, which corresponds to 0.23% of the Brazilian GDP of that year. The amount seems signifcant, but if we compare to the US, where the population donated 2.1 percent of GDP in the same year, we realized 82 that we can and should invest in our philanthropic potential. It is worth mentioning that 2015 was a highlight in donations to non-proft organizations. The percentage of Brazilians who donated in 2016 has declined, according to the World Giving Index , and Brazil’s position is still behind Chile 83 and Colombia. And the families that hold the greatest fortunes? What about private family social investment? What diference can it make in achieving the SDGs? According to the CAF report, mentioned at the beginning of this article, until 2026 the world will see a growth of 43% in the number of ultramillionaires (UHNWI) , individuals that have at 84 least US$30 million to invest. In Brazil, the data is also impressive. According to the Global Wealth Repor t 2016 , we already have 172,000 85 millionaires in Brazil. Meanwhile, the country has 24 million people with incomes lower than US$249 per year. There is a lot to do, and solutions are certainly going to happen through partnerships, strategic allocation of philanthropic resources, and collective eforts to achieve the SDGs. However, Brazilian family philanthropy still has an evolutionary path to follow. According to a GIFE (Group of Institutes, Foundations and Companies)86 survey, most family investors donate a relatively small portion of their assets to their organizations and civil society organizations, and even fewer are those that direct their investment to endowments, willing to ensure long-term socio-environmental transformations. Many do not even disclose what they do and how much they donate, partly because of security concerns, and partly because of the perception, pointed out by the report, of the existence of prejudice against the rich in the country, assuming that “they are motivated only by their own interests”. More important, however, in discussing the role of private family social investment is the fact, pointed out in the report, that family foundations and institutes are still far from investing in public policy improvements and have difculty in establishing partnerships. Both are crucial to reaching the SDGs. In addition, these groups should align eforts in this direction. It is worth adding that private family social investment can take risks more than corporate giving, and therefore can function as a space for R&D (Research and Development) in public policies, forming an ideal environment for experimentation in addressing systemic problems. This is a path with great potential in the quest for innovative solutions for achieving the SDGs. However, we also have good news to celebrate. Family philanthropy has been growing and gaining relevance in recent years in Brazil. Important goals among the SDGs, especially in the area of education, are the focus of many familiar social investors. The environmental issue is also a prominent area. Moreover, the SDGs have a great potential for sensitization and mobilization of these investors. Beyond the issue with the areas of action, the impact assessment is also increasingly signifcant for Brazilian family social investors, which is fundamental for understanding the contribution of each one in this process. This is certainly evidence that our industry qualifes and aims for more efciency and efectiveness. Finally, among family social investors, the SDGs can represent an opportunity to connect generations. It is a concern of many families, not only Brazilians, and the SDGs are a good place to connect because they refect discussions and debates that have involved individuals and groups representing diferent generations across the world. In addition, participating in a movement to address global issues will enable these families to reach out to organizations and families from other nations who share the same ambitions to contribute to achieving goals to make the world a better place for all. All eforts from all sectors will be necessary to reach the SDGs. Joining forces in this direction will be a prominent path in the coming years that will widen the impact of private social investment on the global development agenda. And family philanthropy will certainly engage in this important agenda. 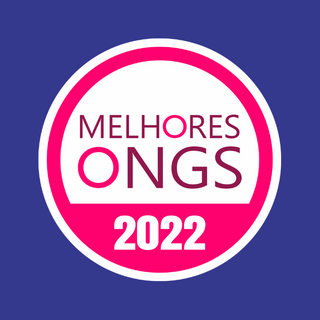 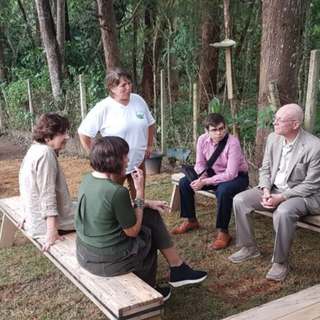 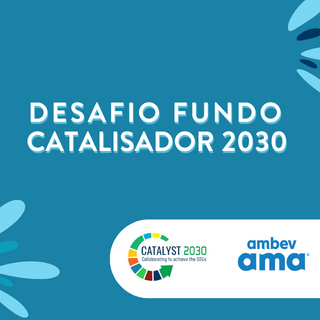 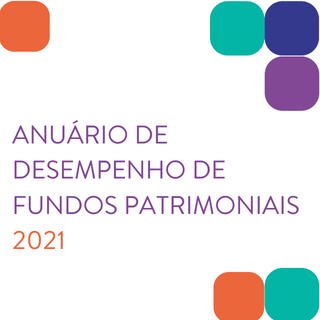